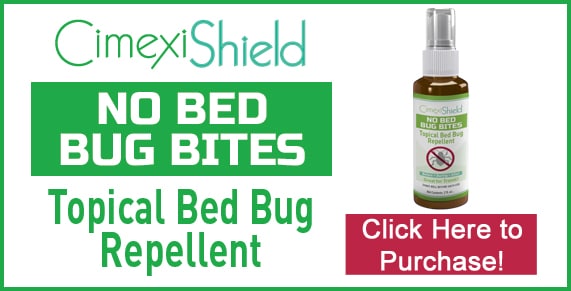 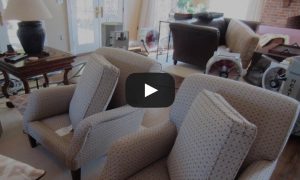 Cincinnati, Ohio: One of the Worst Cities for Bed Bugs

Ohio State Rep Dale Mallory said that new remedies for treating bed bugs in Cincinnati Ohio are needed immediately. Why is this? Well, the most common treatment of bed bugs involves chemicals/pesticides which is now no longer 100% effective. With so many ways to kill bed bugs in Cincinnati Ohio, a proven method that kills 100% of the bed bug problem is what they really need. Using the bed bug heat treatment method, Cincinnati could have a solution to their bed bug problems!

Local Cincinnati Pest Control companies need to adapt new methods of treating for bed bugs.  Killing them with extreme heat is one of the most effective and safest methods on the bed bug treating market right now!

CINCINNATI — Just weeks after Cincinnati was yet again ranked one of the worst cities in America for bed bugs, city leaders met Thursday for an emergency meeting to talk about the epidemic.

The ranking comes from polls conducted by various pest control businesses. In the most recent Orkin poll, Cincinnati came in fifth behind Chicago, Detroit, Los Angeles and Denver.

Bed bugs are parasitic insects that feed exclusively on blood. They are usually transported from one location to another as people travel. They can be carried in the seams of luggage, carry-on bags, folded clothing and furniture.

“The bed bug epidemic has mushroomed out of control,” Mallory said. “For the past seven years, several major cities in Ohio have been ranked in the top ten. One of my major fears is that the capitol of our state-Columbus-may soon be overrun by bed bugs. Our situation has gotten worse and worse. New measures are needed to remedy the problem.”

At the meeting, the task force evaluated the new rankings and met with local pest control businesses.

“You’re talking about bringing the 2016 GOP Convention here to Ohio,” Mallory said. “That would bring millions of dollars in. Well maybe they can peel off a couple million to resolve the problem or go home infested.”

Damaris Mack, who lives at The Pinecrest apartments on West 8th Street in Price Hill, said she is dealing with a bed bug infestation right now.

“It feels like being eaten alive,” Mack said. “I could not sleep. I still have the sheets in bags.”

In the meantime, Mack said she hopes Thursday’s meeting will solve the city’s bed bug problem.

“I hope that it will give me hope but right now I’ve had no sleep… and I just feel ill. I want to have my blood tested. I’ve been bitten so many times.”

Mack’s not alone. Another woman, who wished to be unidentified knows what it’s like to want help. Her apartment is infested, and she desperately wants someone to hear her.

“If you are actively living with [bed bugs] you don’t want information. You want action,” she said.

A bed bug infestation is not an easy problem to solve. Ohio State University bed bug expert Dr. Susan Jones said over-the-counter products are causing the bugs to spread, instead of killing them.

Residents who live in apartments or condos can also get bed bugs from their neighbors.

Lonnie Alonso, formerly president of the Ohio Pest Management Association, said it’s important to get to the root of the bed bug problem.

“If somebody has bed bugs, the first thing you gotta do is identify them and make sure you do have bed bugs,” Alonso said. “Number two, you need to try and figure out how and why you got the bed bugs, because if you don’t know where you got them, chances are you’re going to get them again.”